The Workplace Relations Act 2015 (“the Act”) commenced on 1 October 2015. The Act has introduced considerable reform, which both employers and employees should be aware of.

The reform has resulted in the creation of an entirely new body – the Workplace Relations Commission – a single body which will deal with all employment disputes filed after 1 October 2015. The Act creates one appeal procedure to a newly reformed Labour Court.

The Act also introduces a range of new mechanisms to promote better compliance by employers with employment obligations.

One of the aims of the Act is to streamline the process of filing of employment law complaints. Prior to the introduction of the Act, there were various bodies to which employment disputes were required to be brought, depending on the complaint, including the Employment Appeals Tribunal, the Equality Tribunal, the Rights Commissioner, the Labour Relations Commission and NERA. The Workplace Relations Commission integrates the roles formerly dealt with by these bodies into one body.

All complaints can now be made by the completion of one form, with uniformity of procedures for all claims to one body. The Act also introduces a streamlined appeal process.

The Act provides for a legally binding early resolution and mediation service and provides that the Director General of the Workplace Relations Commission may refer a complaint to a mediation officer if suitable. Mediation is conducted in private and if an agreement is reached following mediation, the agreement is legally binding on the parties.

The Act provides that the Employer has 56 days within which to carry out the decision of the Adjudication Officer and introduces a more straightforward procedure whereby, where there is failure to company with a Decision, a party may apply to the District Court for an Order directing a party to comply the decision.

The Act has streamlined the appeal process and there is now one right of appeal from the Workplace Relations Commission to the Labour Court. A decision of the Labour Court may only be appealed to the High Court on a point of law.

Employers should be aware of the introduction of new enforcement mechanisms, such as the Compliance Notices and Fixed Charge Notices introduced by the Act which promote better compliance by employers with employment obligations. The Act also provides for the Director General can appoint Inspectors.

This is a statement setting out the grounds for the breach of employment law. The employer will be notified of the steps that need to be taken to rectify the situation and a time scale for this to be completed. Where a person fails to comply with the notice is a criminal office.

Where the inspector is satisfied that the employer has committed an offence under a specified piece of employment legislation, a fixed charge notice may be issued of up to €2,000. Failure by the employer to pay within 42 days may result in the Workplace Relations Commission bringing the matter before the District Court.

The Act has given the Commission powers of inspection, which will enable the inspector to carry out inspections, examinations and investigations with the aim of examining and insuring compliance. These inspections can arise out of a complaint about the employer or can be random in nature. Therefore, employers should ensure they are in compliance with all aspects of employment law.

Please contact Karol-Ann Randles to find out more about how compliant you as an employer, or if you are an aggrieved employee and wish to enquire about bringing a complaint. 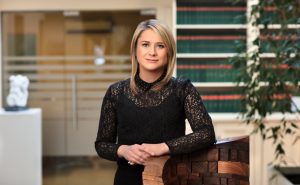