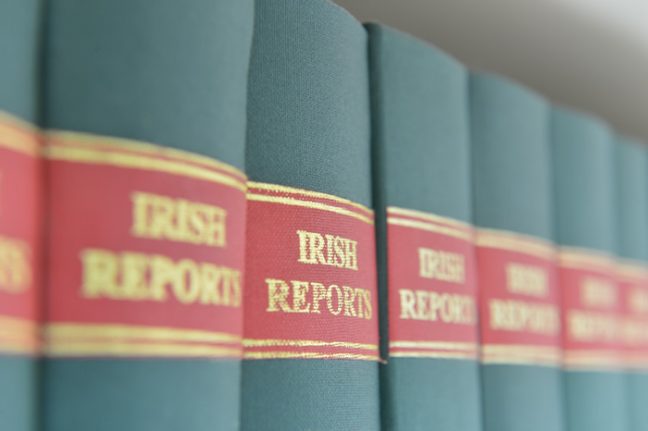 Ms Justice Baker delivered a judgment in the case of Harrington v Gulland Property Finance Limited on the 29 July 2016 which should be of interest and of concern to conveyancers, purchasers of loan portfolios and security and insolvency practitioners. The Court held that the Plaintiffs, the Harringtons, had made out an arguable case that the receiver was not validly appointed because the Defendant Gulland, the party purporting to make the appointment having acquired the loans and related charge from IBRC, was not yet registered as owner of that charge in the Land Registry.

In short the background to the case was that Gulland acquired the interest of IBRC in the Harringtons’ loans and security in February 2015. In February 2016 Gulland sought to appoint a receiver over the Harringtons’ properties. The Harringtons made an application to the High Court seeking an interim injunction restraining the receiver from acting, which injunction was granted. A further hearing was then held on whether the injunction should remain in place until a full trial of the case. Ms Justice Baker’s judgment was given after that hearing.

The Harringtons raised the primary argument that due to the fact that the instrument, by which the charge was transferred from IBRC to Gulland, had not been registered in the Land Registry, no interest in the charge had become vested in Gulland. As a consequence, Gulland did not, at the date of the appointment of the receiver, have power, whether contractual or statutory, to effect that appointment.

The Court was referred to the provisions of Section 64(2) of the Registration of Title Act 1964 which provides that:

The Court held that the terms of Section 64(2) are unambiguous and, while it is not necessary that the interest of the mortgagee be transferred by means of a transfer in the prescribed form, the instrument of assignment does not confer on the transferee any interest in the charge until the transferee is registered as owner of the charge.

Accordingly, the Court held that the plaintiffs had made out an arguable case that in the absence of registration, or some other means by which the interest in the charge had been transmitted or was deemed by statute not to require registration, the contractual interest in the charge had not become transferred and therefore Gulland could not, in pursuance of the contractual power contained in that mortgage or charge, appoint a receiver.

The judgment appears to adopt a much broader interpretation of Section 64(2) than previously understood. It is limited to charges over registered land, and appears to be further limited in its application to cases where charges have been transferred, so that the position of charge holders who originated the relevant security should not be affected. A distinction is also made in the judgment in respect of charges transferred by statute – such as schemes under Part III of the Central Bank Act 1971, and Cross-Border Mergers – rather than simple contractual assignments.

As the judgment was given in the context of an interlocutory injunction application, it is possible that the Court may come to a different conclusion at full hearing. However for the present it is of persuasive authority as to the current position under Irish law and should be considered carefully by all practitioners involved in transactions which may be affected by this decision.