Mediation is now a central element in dispute resolution architecture. It is a flexible process conducted confidentially in which Mediators quickly and expertly help people in conflict to reach their own agreement together. Mediation was historically only used in Family Law issues. However, the commencement of the Mediation Act 2017 has resulted in an increased awareness and willingness by the judiciary to look to Alternative Dispute Resolution in appropriate circumstances.

Certain types of disputes have been excluded, for example: – Arbitration, disputes which fall under the jurisdiction of the Workplace Relations Commission and Judicial Review proceedings.

What are the advantages of Mediation?

Speed: Mediation offers a way to avoid the courts and seek an earlier agreement quicker rather than litigating through a congested courts system.

Confidentiality: Mediation is a private, confidential process which can benefit commercial entities who are seeking to protect their business and reputation during disputes. Accredited mediators are bound by confidentiality and either side of a dispute are only bound to disclose information voluntarily during mediation, whereas there is less disclosure control and more public exposure in a court setting.

Offers greater level of control: Mediation offers the ability for both parties in a dispute to maintain a greater sense of control over the process and settlement. Mediators are also able to explore more creative solutions to disputes, and aim to seek a mutually satisfactory outcome. A court setting normally results in a judge imposing a settlement on the parties involved.

Seeks a mutually-agreeable solution: Business relationships and reputations are critical to maintain. Finding a mutually-acceptable resolution to a dispute – particularly where a business relationship is expected to continue following that dispute – is a must for many and mediation offers this potential outcome. A collaborative approach to resolving a dispute can ameliorate any ill will in the relationship, whereas a court-imposed settlement often leaves one party aggrieved.

In our next article on this topic, we will look at the advantages of the Mediation Act 2017. For more information, contact: 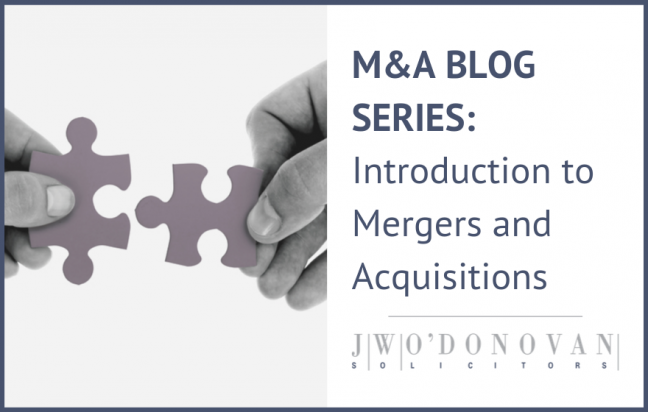 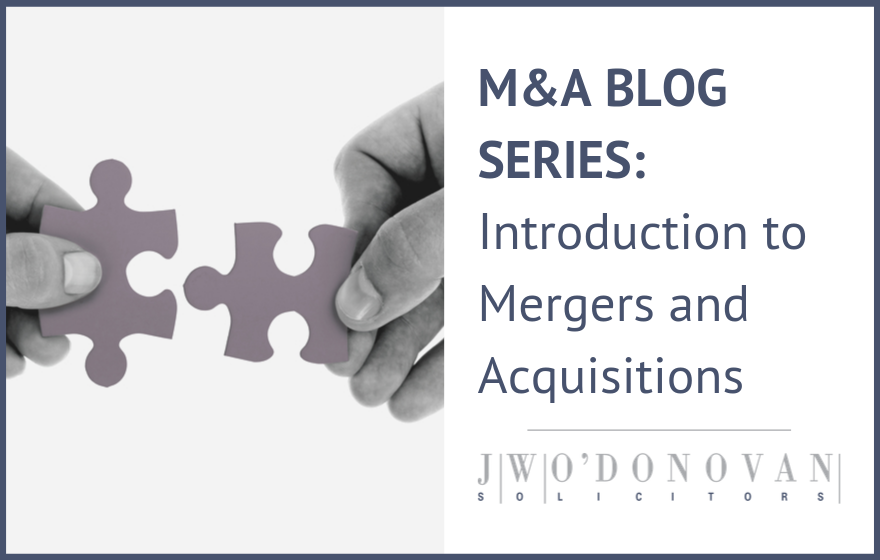 Despite a business environment held hostage to the Brexit threat for the last three years, J.W. O’Donovan has seen continued growth and activity in the sale and purchase of Irish private companies. There has been particular activity around inward investment by foreign-based multinational companies either looking for an established business in Ireland or looking to further build on existing footholds they might have in the State.

We are often approached by clients and potential clients looking for guidance and advices on a potential sale or purchase of a company. For many, it is their first time involved in such a process. It can be a very daunting and, for some, overwhelming introduction to what has become a relatively forensic legal and financial process.

With that in mind, the Corporate team at J.W. O’Donovan will, through a series of upcoming dedicated articles, share some of the ins and outs of a typical share sale and purchase in relation to an Irish private company. In the first of the series, we look at the basic components of transactions of this type.

What is involved in a a private company sale or purchase?

In terms of setting out what is involved in a private company sale or purchase in Ireland, a transaction can generally be broken down into its essential elements as follows:

This is the company or indeed group of companies that are referenced generally as the “Target” entity, although it is actually the shares in the company that are being acquired.

2. The parties involved comprising the Seller(s) being the shareholder(s) in the Target company and the Buyer

The Seller can be an individual or holding company of the Target. Quite often, it will be a holding company for tax planning purposes, which enables an ultimate beneficiary to maximise reliefs available between grouped companies. We will touch on this again in later articles.

This stage includes a high level business review to evaluate price offering for the shares.

At this stage, the buyer’s financial advisors will do a thorough analysis of the financial wellbeing of the Target company.

The buyer’s legal team will also do a complete review of key areas of the Target company including corporate structures, commercial agreements and HR records and policies.

The primary documents including Share Purchase Agreement, Deed of Tax Covenant and Disclosure Letter are drawn up.

Approval is sought from Regulatory Authorities such as the Competition and Consumer Protection Commission, where required.

9. Completion and transfer of funds

After the transaction completes, the two companies are then integrated on an operational level.

A buyer is likely to be motivated by expansion plans with the target company being seen as a good bolt-on to an already established business in the same sector. A seller’s objective can sometimes be broader. For example, it may be the realisation of an investment, or a decision to move out of a particular market. Whatever the reason, from the outset of the process, both parties need to be clear on their objectives – what do they want to achieve, for how much and by when?

In our next article, we will go into more detail on the Pre-Transaction steps to be considered before engaging in the Sale/Purchase process.

JWOD Managing Partner,  Jerome O’Sullivan, is to take part in Focus Ireland’s Shine a Light Night, sleeping out for one night on Spike Island. The annual event, which takes place on Friday October 18th,  sees business leaders raise much-needed funds to combat the homelessness crisis in Ireland. The Sleep-out, which raised €1 million last year, will also take place in the Law Society of Ireland, Blackhall Place.

Focus Ireland is a national charity working with families, children and young people who are homeless, or at risk of homelessness, providing access to information, housing, childcare and a range of education services. In 2018, Focus Ireland provided support to over 15,500 people.

If you would like to sponsor Jerome’s participation in the Sleep-out, you can contribute here.